Louisburg, nestled on the banks of the Tar River, was chartered in 1779 as the County seat of the newly formed Franklin County. Having been created in the midst of the American Revolution, the county was named in honor of Benjamin Franklin who was serving as foreign minister to France at the time. His negotiations with France helped secure financial and military support to the infant country, support that eventually led to the independence of the United States. As a result of this U.S.- France alliance, the Town of Louisburg was named in honor of King Louis XVI of France.

Louisburg soon became to hub for business activity for Franklin County, especially as the main point of agri-business of the time as cash crops such as cotton, wheat, and eventually tobacco were marketed in Town. Soon the town enjoyed an influx of merchants, doctors, attorneys, and craftsmen which also led to the movement of wealthy families to the area. Such demographic shifts resulted in strong, established social and religious organizations that are still alive and vibrant today!

From the beautiful Main St. corridor, full of historic churches and oak lined sidewalks, to the nations oldest private two-year college, Louisburg College, Louisburg is the quintessential small town America, from the multitude of municipal services enjoyed by citizens to the beauty of two river front parks, Louisburg offers many amenities to those wishing to enjoy the relaxed character of the small town while having short access to major city resources.

The Louisburg District is located in the heart of the residential district north of the Tar River. Centered by N. Main St., the district extends from Franklin St. to Jolly St. and from the western end of Sunset Ave. to the eastern end of Noble Street. 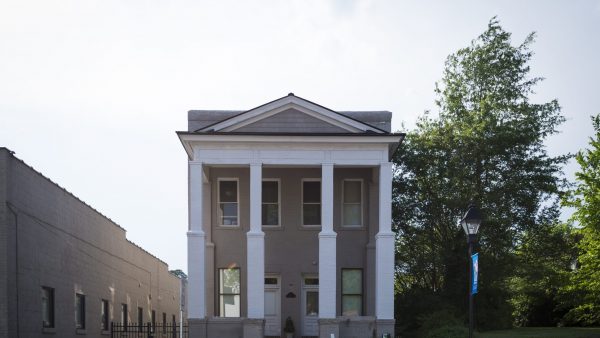